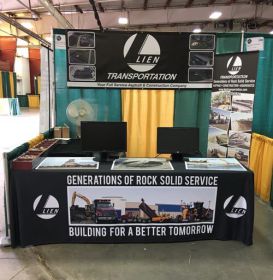 Lien Transportation Company in Aberdeen, SD, has grown to become a multi-million dollar corporation with a reputation of superior workmanship and service, an excellent safety record, and use of top grade materials in all our projects. We are bonded and licensed with the SDDOT and NDDOT. We take pride in being a Drug-Free and Alcohol-Free Workplace.

In 1916, M.E. Lien Construction was started by Martin Lien, his wife Julia and their six sons: Raymond, Melvin, Harold, Emil, John, and Paul. They began in South Dakota, North Dakota and Minnesota grading and graveling roads with horse power and massive scrapers. 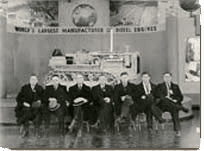 From 1949 to 1977, Emil, his wife Josephine and their three sons: Robert, Joe and Tom, operated E.L. Lien and Sons, Inc. The company worked in all phases of construction including grading, gravel, asphalt and concrete paving. Their projects covered a five-state area and included everything from highways to power plants to airports. The family business moved to Aberdeen, SD, in 1968 and continued their coverage area while establishing their business locally.

Based in Aberdeen, SD, we specialize in full-service site work ranging from construction of major highways, airport runways and new building sites. We are experts in our field which eliminates the need for subcontractors and price markup.

SOME OF OUR CUSTOMERS INCLUDE:

© 2022 Lien Transportation Company
Images provided on this website are for personal, non-commercial use. Republication, retransmission, or reproduction of such images is strictly prohibited.